Today I learned just how difficult it is to record a song.

After walking me down flights of stairs,  Erik Bell,  the Singing Team Manager at EBBA, took me to ( what is known as “The Dungeon” to EBBA singers) the old Ethnomusicology Laboratory in the UCSB Music Building. It’s a small room; the walls are filled with shelving full of cassette tapes, VHS’s, old TV’s, and record players. The technology and decor made me feel as though I had stepped back in time to the 1970’s. The mic was set up, pointed away from the ceiling vent, and the small table where the computer and the Focusrite Scarlett 2i4 audio interface machine was sat less than 5 feet away. I was nervous. Never one keen to be in the spotlight, the idea of singing with an audience (even of just one) made me incredibly anxious.

We recorded Part 2, the Reply, which I sang first. After each recording I would go back over to the table where Erik was sitting, put on the headphones, and listen to myself. Being a perfectionist (can you tell?) it took me a while to get over myself and accept that it wouldn’t never be perfect. Eventually, after about an hour, we got usable recordings of each stanza. Erik recorded Part 1 (much quicker than me since he is a professional) after me so he could match my tempo.

Eric Bell
It was an amazing experience, and the recording turned out fabulous!

Here’s a breakdown of what Erik did:

I first cut the beginning to 1 second, and added a fade in. I then had to add a bit of silence to the end, so I could do a 2-second fade out (I should’ve waited a couple of seconds when recording, instead). Next, I proceeded to cut the material between stanzas so that it sounds (for the most part) rhythmically contiguous. I did the same for the parts where you paused within a stanza. I left about 3/4 of a second between our halves of the ballad.

After that, I compressed the sound waves at a 2:1 ratio, and used the envelope on my part to get our sections of the ballad closer in volume.

Once this was done, I duplicated the single mono track, and turned it into a stereo track. At that point, it was time for adding reverb.

Finally, I normalized the volume level to -2db, and exported it to .wav and .mp3. The .mp3 compression was done at 256kbps.

Listen to the recording:

Written by Jessica Sparks
This post was originally written May 15, 2016
Come Live With Me: Living the History of a Ballad 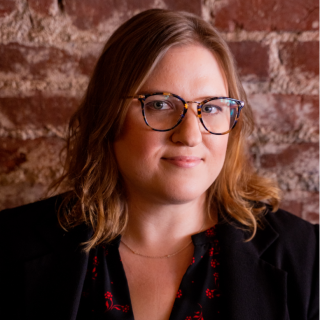 Written by Jessica Buck, with contributions by Erik Bell, and edited by Jonathan Buck.